Mini Mondo is a science exhibition like no other.

At this new permanent exhibition at the Montréal Science Centre, children up to seven years old can explore a fascinating and interactive “mini” world. Not only is Mini Mondo the centre’s sole exhibition geared towards this age group but it’s also the first to have been created using Gender-based Analysis Plus (GBA+).

GBA+ is a federal tool that governments and organizations can use to assess systemic inequalities in their programs, as well as the ways different groups of people experience policies and initiatives. The goal of GBA+ is to create equitable and inclusive programs from the ground up. The tool has played an important role in a variety of complex projects, such as drug awareness campaigns, and has also been used to improve basic services like municipal snow removal.

In the case of Mini Mondo, the overarching goal of GBA+ was simple: to create an inclusive experience that is representative of many diverse families. Reaching that goal, however, was no easy task, as the tool needed to be tailored to the exhibition’s experience. The overall GBA+ process requires a high degree of objectivity on the organization’s part and is best guided by a neutral third party. Adding to the complexity was COVID-19: the centre was closed in accordance with provincial restrictions, meaning the entire process – and the exhibition’s construction – would need to be done with physical distancing measures in place.

As a first step, the project team identified the target group that would be the focus of their analysis as well as the exhibition itself. After consulting with a wide range of stakeholders, including staff, community groups and other museum leaders, and in collaboration with Humain Humain, an external firm specializing on the topic, the team decided to focus on one designated group: people with immigrant backgrounds. (As with all GBA+ projects, the accuracy and cultural appropriateness of language is critical.) For the team, this term was a topic of significant debate.

“What does it mean to be ‘a new immigrant’?” asks Méralie Murray-Hall, an anthropologist and ethnographer from Humain Humain, adding that that the term excludes refugees and people living in Canada without official status.

“Are you still a new immigrant after five years? Or 20? That’s a hard thing to pin down. The category is just too vague.”

With GBA+, it’s not enough to merely identify the target group. The team also had to perform an in-depth analysis of the challenges that people with immigrant backgrounds face and understand how the Science Centre might unconsciously feed into those challenges. Through many rounds of consultations with stakeholders, several barriers to inclusion were identified including systemic racism, food security, isolation, language, financial instability and the burden on mothers, among others.

The Science Centre’s staff rely on their expertise, personal knowledge, education and lived experiences to plan and create new exhibitions. Like at many museal institutions, these backgrounds and experiences are often similar, which can lead to gaps and blind spots.

“That means that the decisions people make when developing a project or program are often based on themselves or on their personal experience,” points out Cybèle Robichaud, Director at the Montréal Science Centre. “One of the challenges has been accepting that reality—that despite the quality of our projects, there are times when we aren’t aware of the impacts of certain decisions, which may limit access to a more diverse audience. It’s hard to accept.”

Unconscious biases like these have a ripple effect throughout the entire attraction. The experience is often designed for a familiar audience, one that rarely reflects or includes diverse groups such as people with immigrant backgrounds. For example, exhibition information and materials are limited to English and French and written using formal language that people with different native languages may have difficulties understanding. Though unintentional, biases of this kind contribute to the isolation felt by many immigrant families.

With Mini Mondo however, the team had a valuable opportunity to create an experience that all families could enjoy equally, regardless of their cultural background. The question, however, was how?

Going directly to the source

The Science Centre team had a clear vision for Mini Mondo: design a world split into three distinct zones – the city, the forest and the river – each with an array of objects, structures, scents and sounds designed to stimulate the senses and encourage exploration. But in order to develop an exhibition that could be reflective of children from diverse backgrounds, the vision would need to be socialised among members of the target group (a key component of GBA+).

The team surveyed several families within the target group to better understand their reality. The dozens of interviews with agency stakeholders and immigrant families revealed many key learnings including the importance of multicultural and multilingual elements throughout the exhibition. Additionally, there was a need to be sensitive and recognize that visitors’ culture and context could impact how they experience Mini Mondo’s interactive elements.

The message from respondents was clear: they wanted to see themselves authentically represented in an exhibition that considered their realities — culture, everyday life and situations involving racism, to name a few.

Equipped with this information, the project team revisited its vision for Mini Mondo and prepared to make the necessary adjustments.

A new chapter begins at the Montréal Science Centre

The completed exhibition reflects several adjustments that were made in response to feedback from consultations with the target group. For example, visuals throughout the exhibition represent people of diverse backgrounds and many interactive elements are explained in French, English, Creole, Arabic, Spanish and simplified Chinese — a nod to the most-commonly spoken languages in Montréal.

The exhibition includes a grocery store, which was designed as a multicultural food store where all children, regardless of their family background, can see themselves reflected in the foods and spices on display. Originally envisioned as a zero-waste grocery store to encourage children to become environmentally conscious, the idea was scrapped after GBA+ research revealed that those types of grocery stores are typically found in affluent or gentrified neighbourhoods.

The future of GBA+ at the Science Centre

Although the pandemic has dramatically reduced the number of visitors to the Science Centre (since March 2020, the attraction has only been open a few months), visitor feedback has so far been positive. For the project team however, the GBA+ work continues. Further evaluations are planned in the coming months as the team explores new avenues for advertising and promotion, including community radio, to better reach its target audience.

While the GBA+ process is coming to an end for Mini Mondo, it has only just begun for the Montréal Science Centre. The process has enabled many employees to become aware of their own blind spots and provided an opportunity for more authentic inclusion in their programs. The reality, though, is that GBA+ is a time- and resource-intensive process — applying it to all exhibitions remains a challenge.

“It really needs to be done in a clear way, and GBA+ is just one tool to help guide these reflections,” explains Murray-Hall. “What’s important is that there is a continuous shift in thinking around inclusiveness, then integration, and more representation of diversity. We don’t want there to be negative consequences or to address this issue at the last minute. We always need to be thinking about this at the start of every project, even before the ideas and design phase.”

Although this may be easier said than done, the team is committed to doing its part. The Montréal Science Centre is building on what it has learned from the Mini Mondo project to integrate GBA+ into future projects. The museum is also exploring new partnerships that would allow it to offer more discounts, and even free admission, to certain groups (the centre already has a partnership with the Trottier Family Foundation).

For those directly involved in the Mini Mondo project, GBA+ hasn’t only brought value to the exhibition but it’s also signaled the start of a new chapter at the Montréal Science Centre.

“It has definitely brought added value to the visitor experience, added value that contributes to our mission and ultimately, ourselves, as institution managers. At the end of the day, there’s great satisfaction in reaching so many people and new audiences, while making sure they feel welcome here,” says Robichaud.

“It feels like a new door has opened for us.” 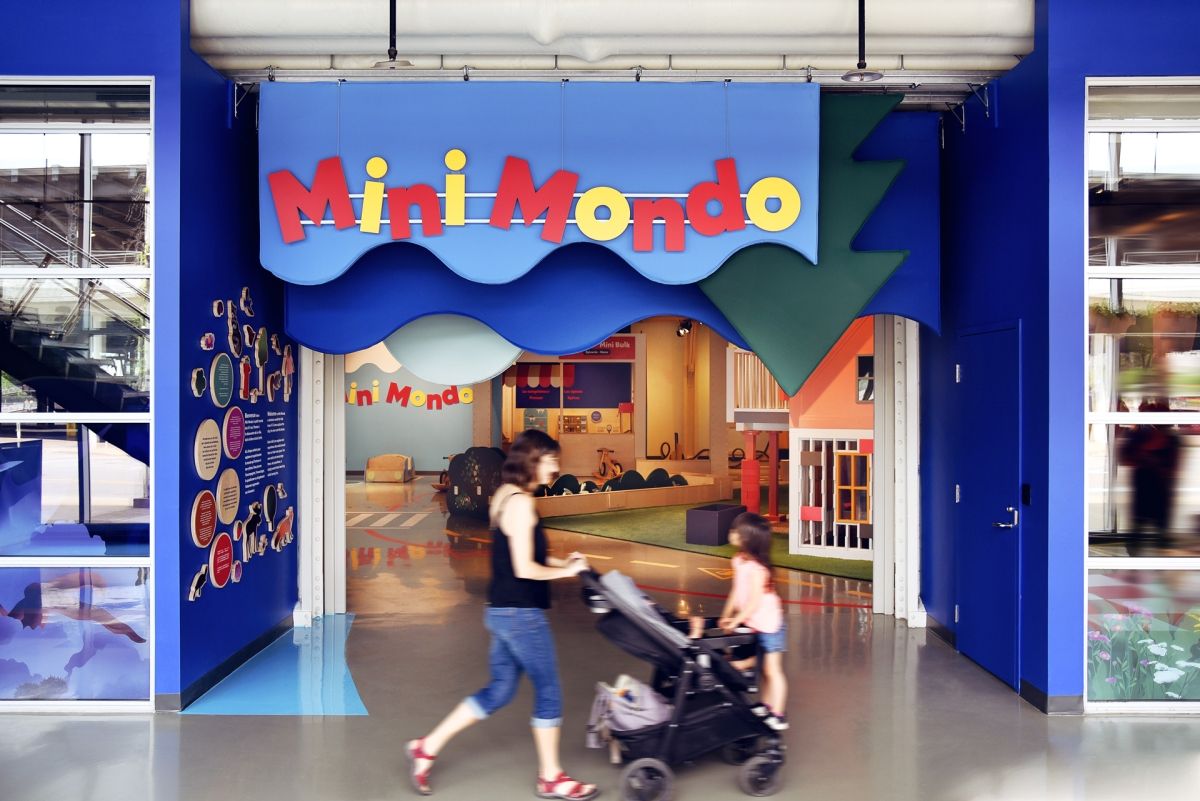 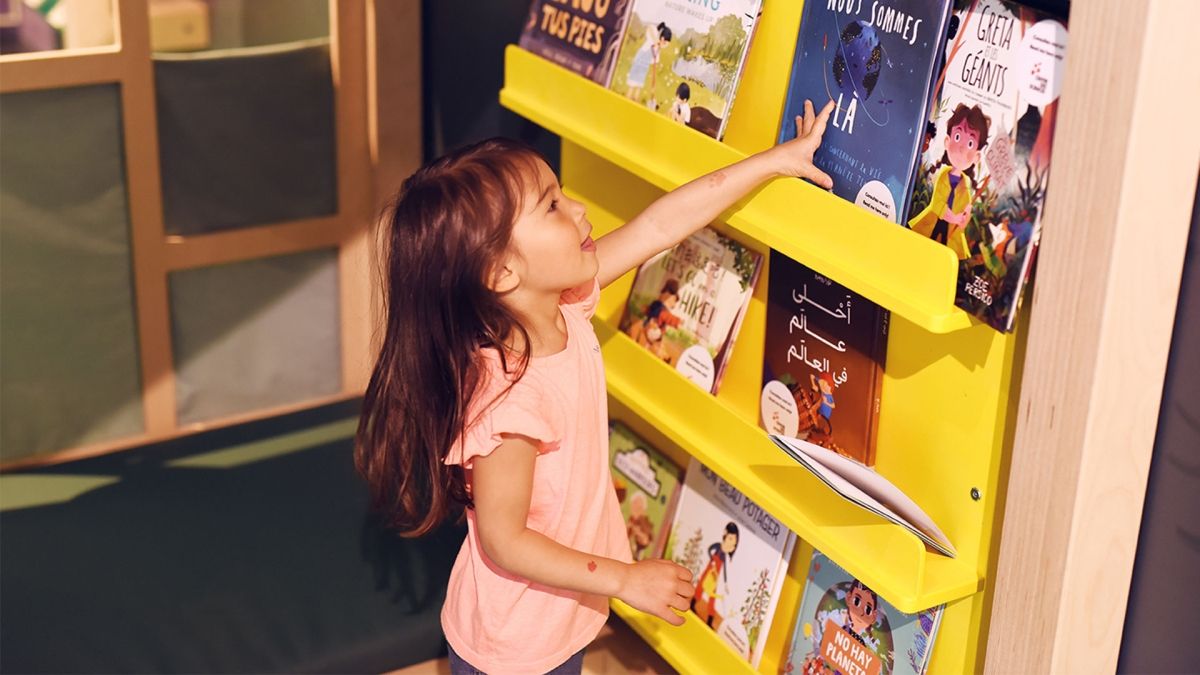 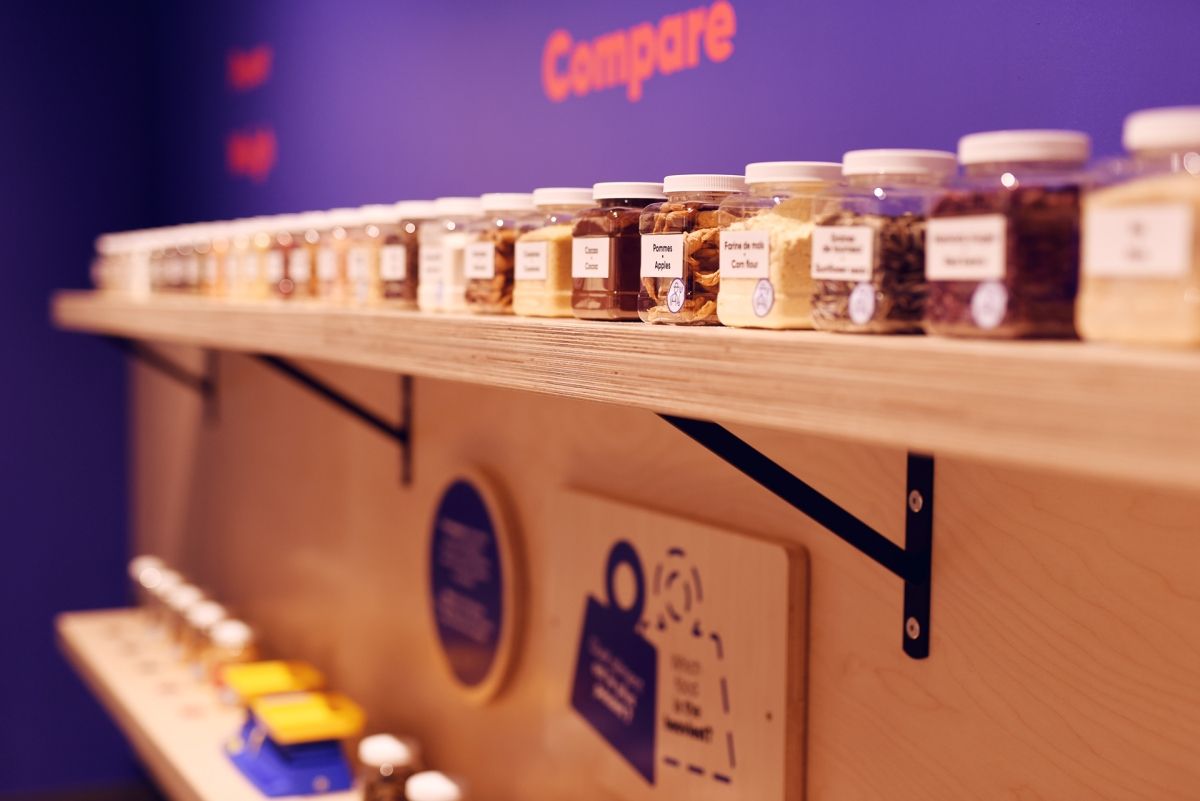 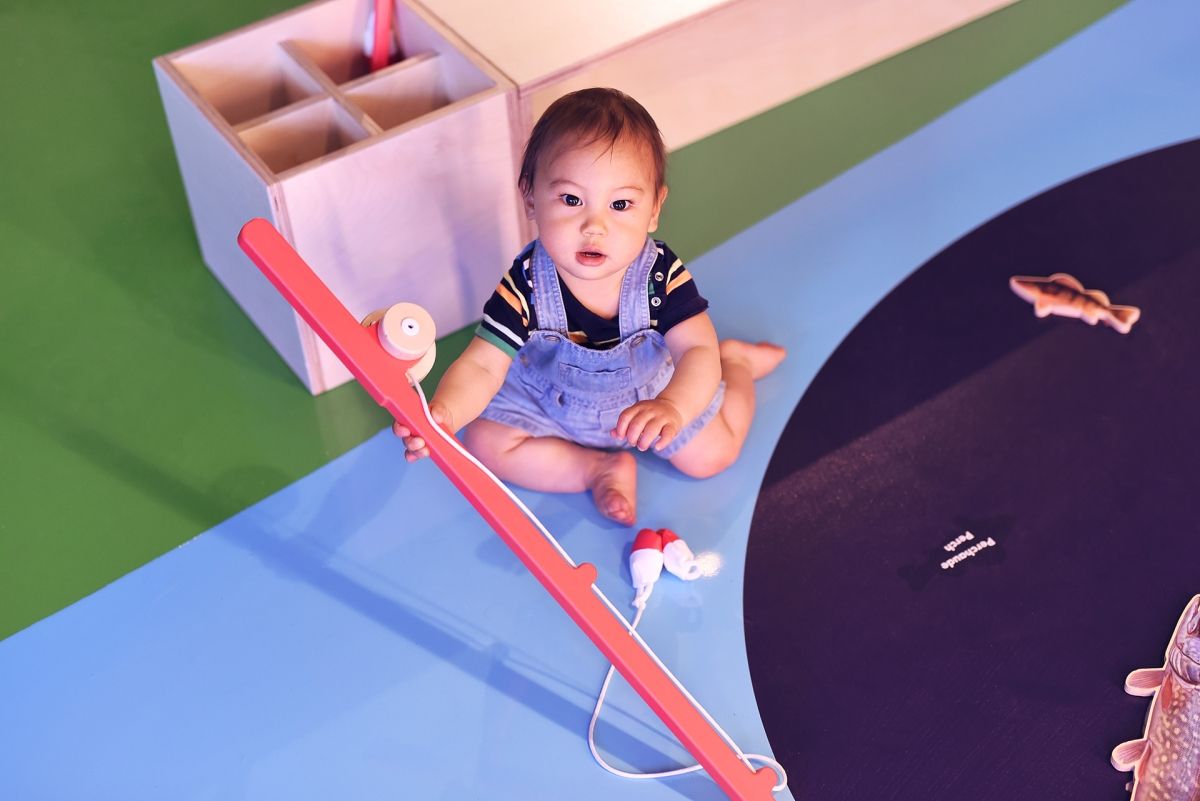 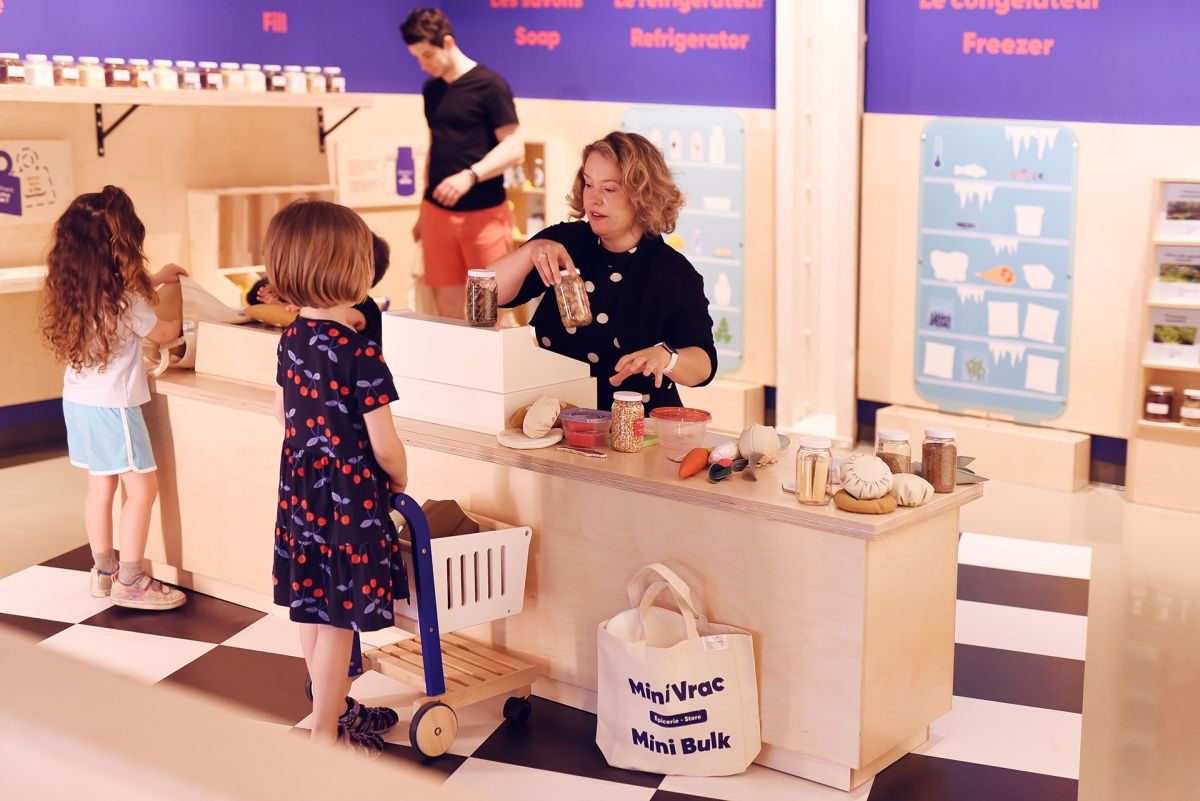 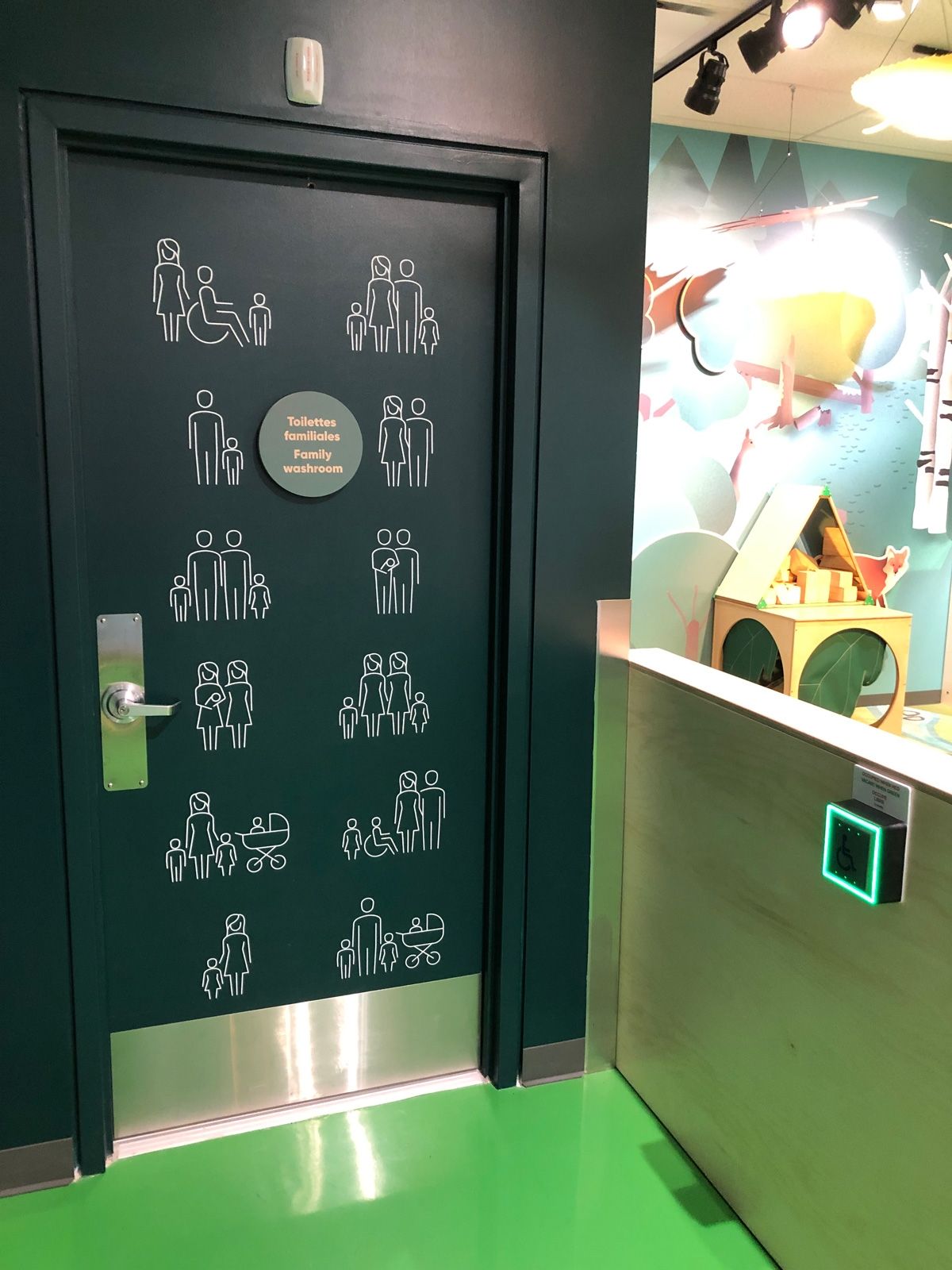 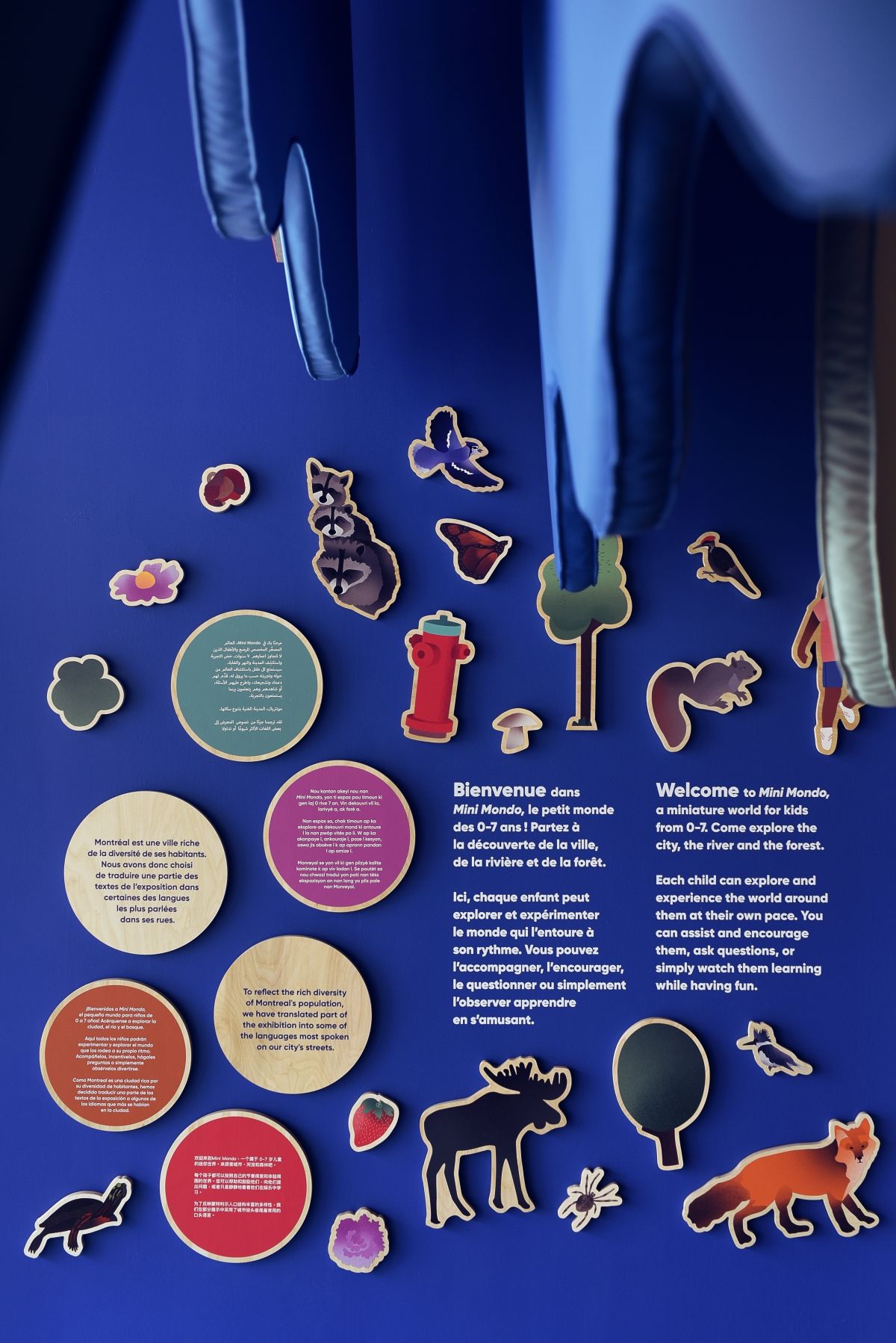