Located in the north end of Dartmouth, Nova Scotia, Shannon Park is an 87-acre property on the eastern shore of the Halifax Harbour. The site’s ongoing redevelopment, done in collaboration with the Millbrook First Nation, is one of the city’s most anticipated large-scale real estate projects.

Canada Lands acquired the site, formerly owned by the Department of National Defence, in 2014. (At the time of acquisition, the property was roughly 97 acres, but some nine acres were transferred to the Millbrook First Nation.) Featuring significant water frontage, a large, flat area and unobstructed views of the harbour, Shannon Park presents an exciting development opportunity.

In 2015, the company began a public engagement process for the site’s development. Branded “Plan Shannon,” the process included four large public meetings and several smaller sessions with businesses and other local stakeholders, during which input was collected to inform a draft preferred concept plan. The plan, presented in 2016, calls for a mixed-use urban neighbourhood, a central boulevard, public green spaces, an emphasis on waterfront access and integrated pedestrian and cycling linkages throughout the property.

The plan was submitted to the Halifax Regional Municipality in 2016, and in 2019, Canada Lands made application to the City of Halifax for planning approval. That application remains under review.

“We’re incredibly eager for this redevelopment but a project of this size and magnitude takes considerable planning and time,” says Chris Millier, Canada Lands’ senior director of real estate in the National Capital Region and Atlantic. From start to finish, the redevelopment is expected to take 10-to-15 years.

“While our application to the City remains under review, we’ve made tremendous progress working with our partners, the Millbrook First Nation, to ensure the compatibility of the proposed development with their lands. And, of course, there’s the Canada 150 Trail, which has completely transformed the way visitors experience the harbour.”

The Canada 150 Trail and Lookout, opened in 2017, is a 3,600-foot path that leads through Shannon Park’s naturalized wooded areas to the edge of the Halifax Harbour. The trail provides unobstructed views of the harbour and access to a part of the park that had previous been publicly inaccessible. The trail, built according to municipal, provincial and federal accessibility standards, includes intricate details about the rich history of the Halifax Harbour along its length.

Upon approval of its application to the City, Canada Lands will begin development of the site. When completed, Shannon Park will surely become another sought after Canada Lands’ community. 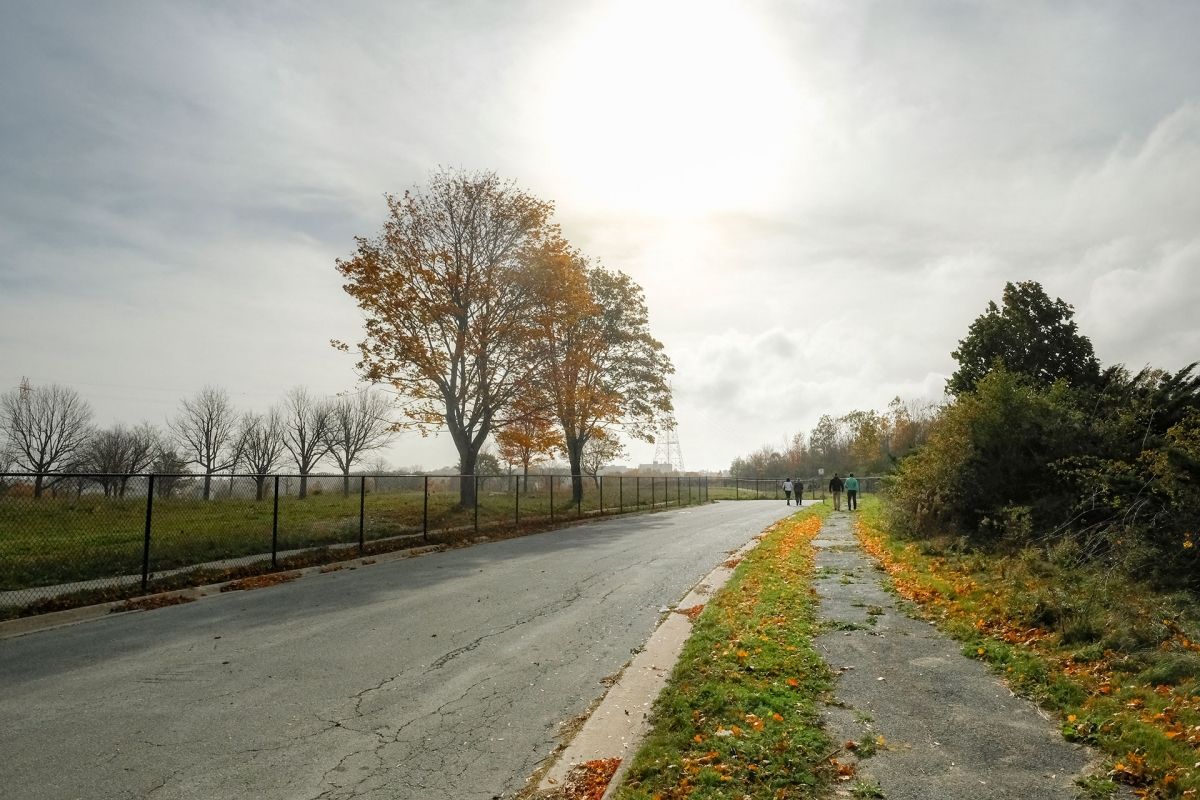 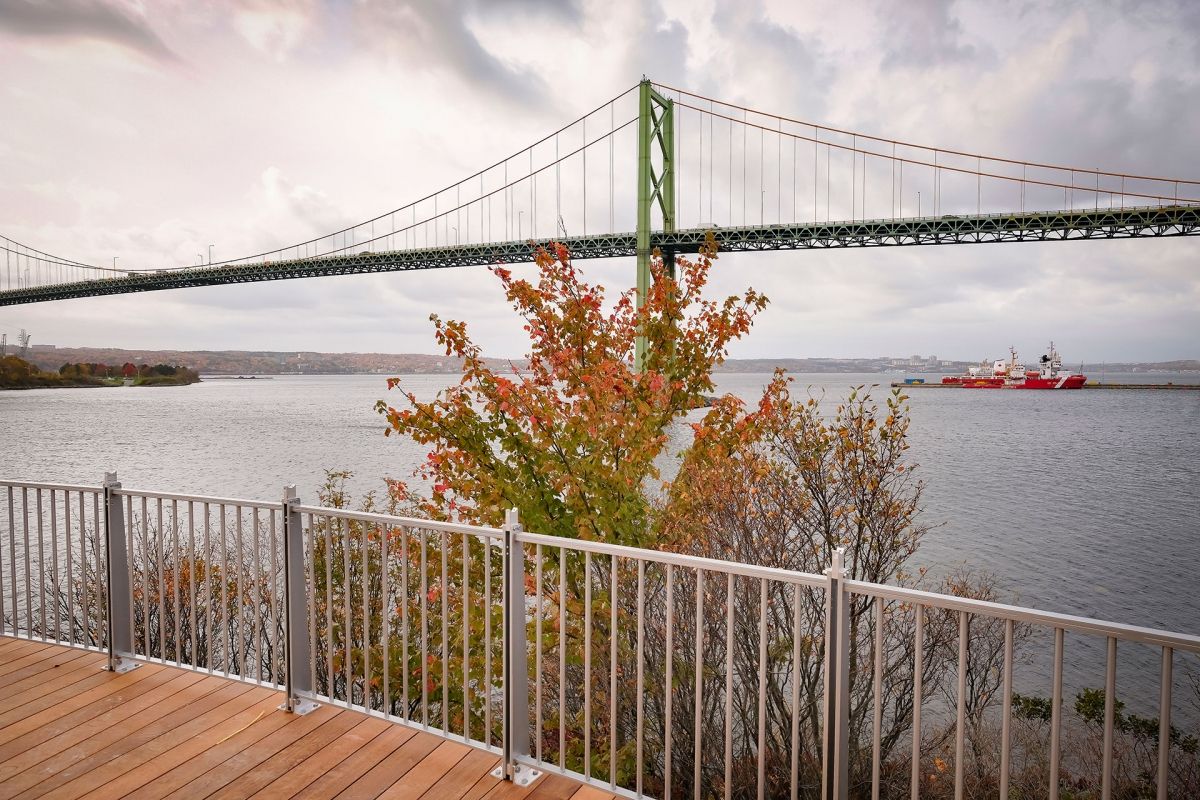 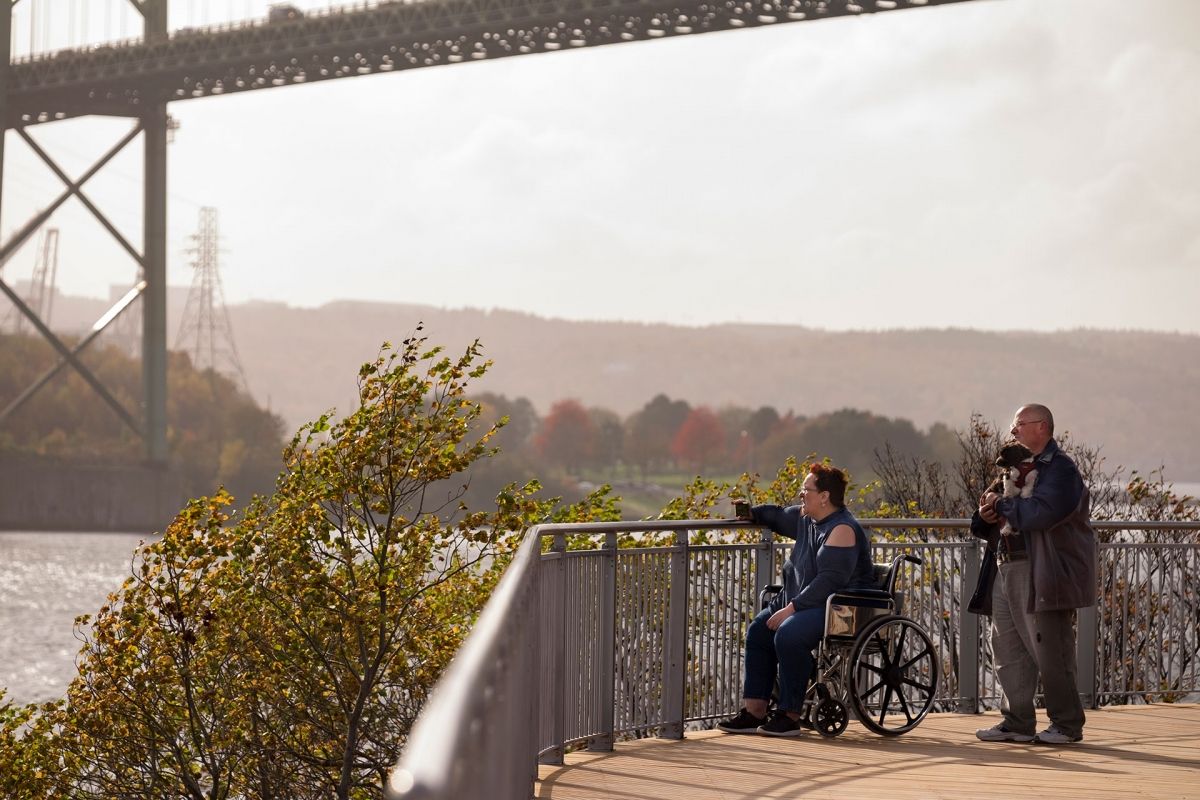